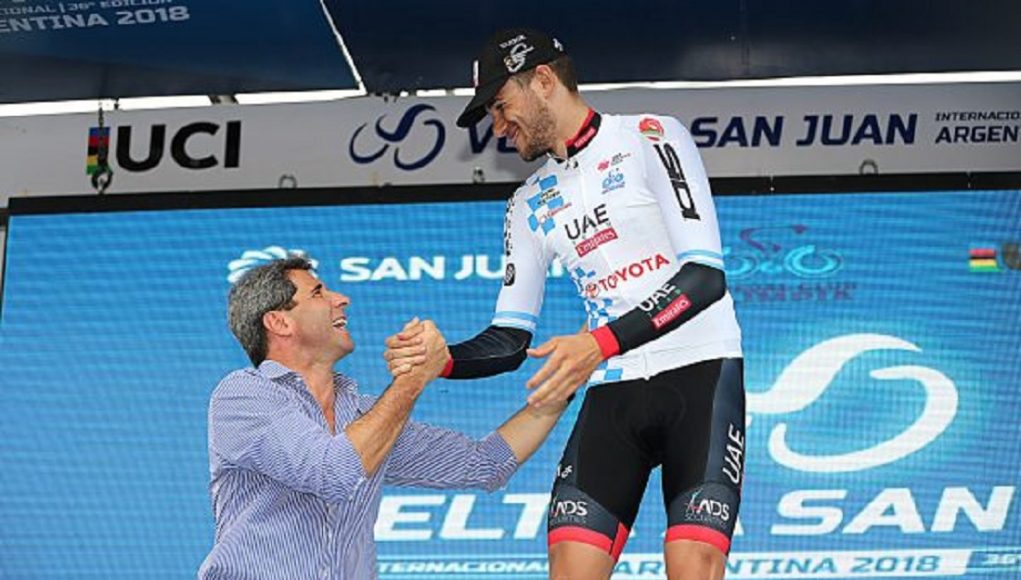 Filippo Ganna (Team UAE Emirates) fought back to the first group on stage four with the help of his team-mates to defend his Vuelta a San Juan lead in Argentina. After the 182.8 kilometres from Valle Fertin to Villa San Agustin, he was able to put on the general classification leader’s jersey again.

The day began with an hour’s delay so the organisers could clean the debris along the course left by a strong overnight storm. The storm also resulted in some flooding along the route.

The stage ended in a bunch sprint with Argentine cyclist Maximiliano Richeze (Quick-Step Floors) winning the stage ahead of Italians Giacomo Nizzolo (Trek-Segafredo) and Matteo Pelucchi (Bora-Hansgrohe). Ganna maintained his overall lead ahead of Rafal Majka and Oscar Sevilla.

“My first day as the leader passed well thanks to all my team,” said Ganna. “During the race, the speed was high and with a head-wind on the climb, which helped those of us who were riding in the wheels.”

“When Gaviria crashed, I was behind and the group split in several parts, but I was in good company and together a Troia and Ait Al Abdia, we bridged the gap. I made a big effort, but everything went well in the final.”

The riders at the Vuelta a San Juan will enjoy a rest day today, a rare event in a weeklong stage race. The organisers had asked the UCI for this rest day, after a day of long transfers to and from the hotel.

The race will continue on Friday with the fifth stage from San Martin to Alto Colorado, 169.5 kilometres. The queen stage of this 2018 edition ends with a 15-kilometre summit finish that takes the riders to 2565 metres, climbing with an average gradient of 4.4%. 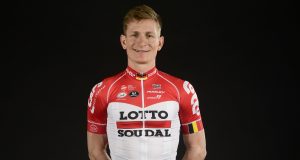