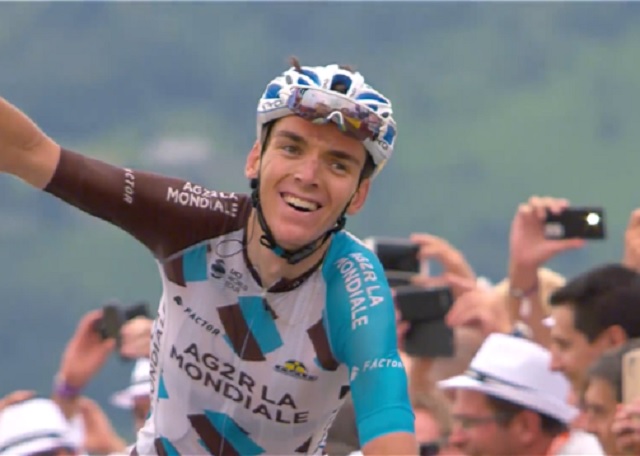 There was a change of leadership at the Tour de France as Fabio Aru (Astana) took over the yellow jersey from Chris Froome (Team Sky).

Romain Bardet (AG2R-La Mondiale) overtook Aru in the closing stages on the summit finish to Peyragudes to take the stage win with the Italian champion claiming third place behind Rigoberto Uran (Cannondale-Drapac). It was Bardet’s third stage win in the race having won in 2015 at Saint-Jean-de-Maurienne and in 2016 at St-Gervais-Mont-Blanc.

After Team Sky had controlled the race for much of the day, Froome was distanced in the last three hundred metres on the ramp to the finish. Froome lost 20 seconds to Aru and with the bonused at the finish it was enough for Astana rider to take the yellow jersey of the Tour de France.

“It is impossible to describe my emotions and feelings. For every rider, it is a dream to wear the yellow jersey. In my career, I was wearing the pink jersey of the Giro and the red jersey of the Vuelta. So, I’ve missed just the yellow and today I’ve got it! I am super happy!” explained Fabio Aru.

“Honestly, it was a very tough stage, also the weather did it even harder. I want to thank my team, who supported me and kept me in front the whole day. The last climb was very fast and steep. I attacked with more or less 350 meters to go and gave my all for a maximal result. I congratulate Romain Bardet with a nice victory. But for me it is a great trophy to get this yellow jersey. Unfortunately, yesterday Dario Cataldo was forced to quit the race after the crash. Also, Jakob Fuglsang had a terrible day today – he rode with an injury. So, I want to dedicate this yellow jersey to them and also to the entire team, who was close to me in these days,” added Aru.

Aru now has a lead of six seconds over Froome and Romain Bardet is third, 25 seconds behind.

“There are a lot of important stages still ahead here at the Tour de France and already tomorrow we will have a short but difficult stage in the Pyrenees, which can change a lot. I think we have a strong team and despite yesterday crashes we are ready to continue our fight at the Tour. We will move here step by step, stage by stage,” said Aru. 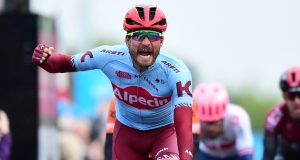