Trek-Segafredo and Fabian Cancellara have released a statement in relation to the publishing earlier today of a Therapeutic Use Exemption (TUE) for the Swiss rider from 2011 by the Fancy Bears group. According to the statement, the prescription for Cancellara was for treatment for bee stings suffered by the rider.

The first TUE was from 2011 and was for methylprednisolone (Solu-Medrol). The dose was for 120mgs which was to be taken intravenously.

The second TUE published was from 2013 and was also for methylprednisolone (Solu-Medrol). The second administration of the drug was for 40mgs which was to be taken orally.

Cancellara was one of a number of cyclists whose TUEs were published by the Fancy Bears hackers. British rider Steve Cummings, Danish rider Jakob Fuglsang and 2016 Olympic MTB champion Nino Schurter also had their TUEs published.

The statement from Trek-Segafredo and Cancellara outlined that the Swiss rider had “received therapeutic use exemptions (TUE) for the treatment of severe allergic reactions to bee stings on August 17, 2011, and May 18, 2013.”

The treatments were administered in respective urgent care centers where Cancellara was treated, and not by a team doctor.”

“These therapeutic use exemptions are currently being reported in the media without any context provided, damaging the image of both the athlete and the team.”

“Trek-Segafredo and Fabian Cancellara are disappointed with the leaks of Cancellara’s medical records from the World Anti-Doping Agency (Wada) database, and the team and Cancellara want to stress that the correct procedures to find and document the treatment with the authorities were followed.”

“Additionally, Cancellara publicized his incidents on social media at that time and the news was covered in the mainstream cycling media.” 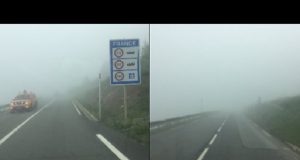