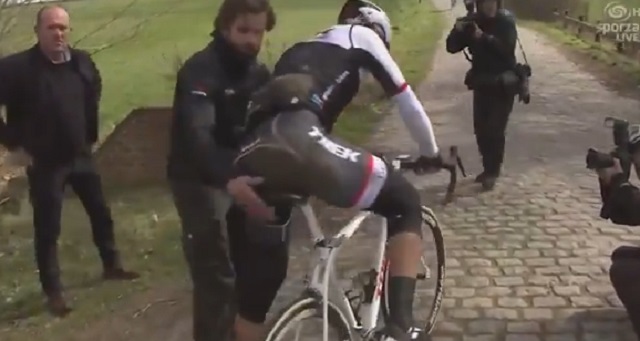 Fabian Cancellara crashed heavily in E3 Harelebeke yesterday and the injuries have forced him out of the remaining classics this spring.

He described the crash afterwards. “It all happened so fast. Someone slammed the brakes and there was no way to go, just straight into it,” Cancellara told AFP. “I flew over a couple of riders and then landed in a pile of bikes. There were riders everywhere. I fell so hard and felt pain everywhere. It was sort of reflex to get back on the bike, but the pain was hard, in my lower back, left wrist, and my ribs on the back.”

He tried to continue after the crash, but was forced to withdraw. It was later announced that he had fractured two vertebrae, and the Swiss rider has said that it is the end of his classic campaign. 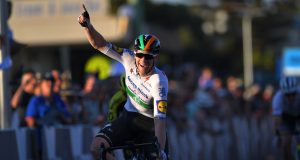