On 20 May 1967, Eddy Merckx started his first ever Grand Tour when he lined up at the start of the 50th edition of the Giro d’Italia in Treviglio in the province of Bergamo.

It was a star-studded peloton which started that year. In addition to the 1966 winner Gianni Motta, other main contenders included previous winners Jacques Anquetil, Franco Balmamion, Vittorio Adorni and the 1965 Tour de France winner Felice Gimondi

Despite being just 21 years-old, Merckx had gained his tag as a contender due to his phenomenal start to the season where he won both Milan-San Remo and La Flèche Wallonne. Going into the race though, Merckx had little experience on the big climbs and it was unknown how he would perform when they reached the mountains.

The twelfth stage finished on the un-Italian sounding Blockhaus in the Abruzzo region in the Appenines. The climb had gained its name from a fort at the summit of the mountain which had been given the name ‘Blockhaus’ by a German commander in the 1860s. The construction of the fort dates back to 1863-64 and it remained operational until 1866-67.

Before they tackled the Blockhaus, the riders also had to climb the Macerone, Rionero Sannitico, Roccaraso on the 220-kilometre stage from Caserta. They had already been in the saddle for nearly seven hours when they started the climb to the summit of Blockhaus at 2,000 metres.

The leaders stayed together for much of the climb until Italo Zilioli attacked with two kilometres remaining. The Italian thought he was clear and on his way to victory until he heard another rider closing in on him. It was Merckx.

Merckx didn’t hang around long and with just one kilometre left, he put in a ferocious attack, leaving Zilioli behind. The Belgian went on to win alone, with Zilioli 10″ behind with José Pérez-Francés a further 10″ down. 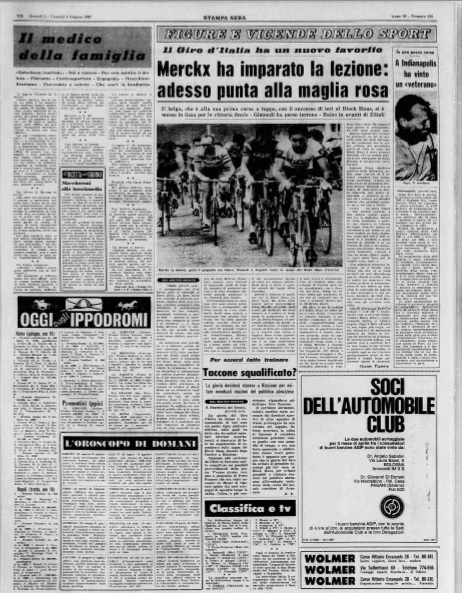 Zilioli wasn’t left far behind, though. He came in at 10 seconds, Pérez-Francés (still in pink after Block Haus) at 20 and Anquetil at 23.

It was a measure of how unexpected his summit win was when the headline in the following days Gazzetta dello Sport headline read: ‘Italian disappointment: Belgian sprinter wins in the mountains.’

After the stage, Merckx sat in third place overall, just 30″ down on race leader Pérez-Francés. Two days later, Merckx would take another stage win, this time a sprint finish at Lido degli Estensi. However, in the final week of the race, he would slip down the leaderboard to finish in 9th place overall, nearly twelve minutes down on winner Felice Gimondi.

Merckx returned to the Giro the following year to win his first Grand Tour, and he took four stage wins along the way. He beat his Faema team-mate Vittorio Adorni by five minutes with Felice Gimondi over nine minutes behind. It would be the first of eleven Grand Tour wins for Merckx. 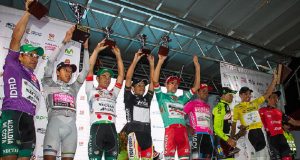 Why cycling is much more than a sport in Colombia (VIDEO)