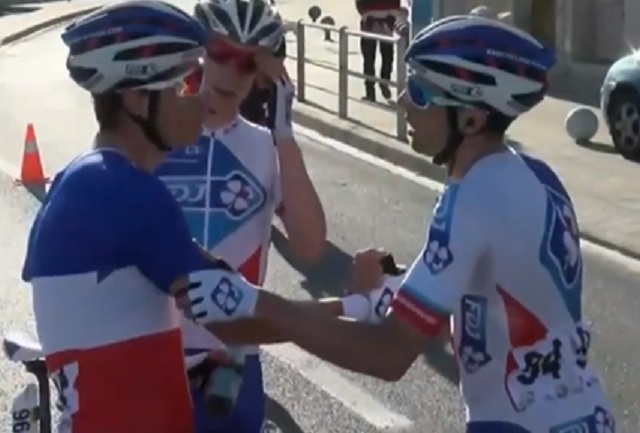 Davide Cimolai (FDJ) has won the opening stage of the Volta a Catalunya (2.UWT) today, a 178.9-kilometre stage that started and finished in Calella.

The Italian sprinter narrowly edged out Nacer Bouhanni (Cofidis, Solutions Crédits) in a bunch finish to take his first win of the season and his first win in FDJ colours.

This group eventually splintered and on the last climb of the day, the final two to be caught – Bol and Domont – were reeled in.

Despite the efforts of a number of riders to go clear inside the final few kilometres, the sprinters’ teams kept a tight rein, ensuring the stage ended in a bunch sprint.

After a great lead-out from his Cofidis team, it looked like Bouhanni would take the win. However, in the closing metres, Cimolai came around him to take the win and the first leader’s jersey.

Cimolai goes into tomorrow’s stage with a four second lead over Bouhanni and six seconds lead over Kristian Sbaragli (Team Dimension Data). Tomorrow will be the first big shake-up on GC with the riders facing a 41-kilometre team time-trial in Banyoles. 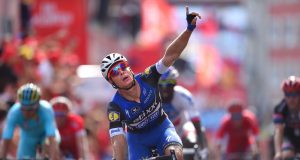