Dan Martin (Cannondale-Garmin) put in a great ride on today’s stage of the Vuelta a Espana from Córdoba to Sierra de Cazorla. The Irish rider claimed second place 5″ behind Johan Esteban Chaves (Orica-GreenEdge).

The result now means that he moves into third place overall, leapfrogging his cousin Nicolas Roche (Team Sky), who also put in a storming ride. Martin is now 33″ behind Chaves who retakes the race lead, whilst Roche is a further 3″ back.

It was a difficult day today, run off in hot temperatures, and the riders faced two Cat. 3 climbs, the Alto de Baeza after 144 kilometres and the climb to the finish of Sierra Cazorla. A break went clear and the last of these riders, Steve Cummings (MTN-Qhubeka) wasn’t hauled back until the final climb.

On the final climb, Chaves attacked with a little over 2km left and gained a decent gap. He overtook Cummings with just 2 kms left. With 1800m remaining, race leader Tom Dumoulin (Giant-Alpecin) set off in pursuit, but Chaves’ gap was already looking too big to close.

With 1 kilometre left, Dan Martin set off in pursuit, blowing the rest of the bunch off his wheel. Roche was next to give it a go, attacking the bunch but being marked by Alejandro Valverde (Movistar).

Martin bridged across to Dumoulin inside the final 400 metres, but they were unable to catch Chaves. It was another great performance from Martin, and it seems that a win can’t be too far away.

You can watch the final 12 kilometres here: 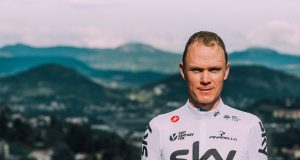