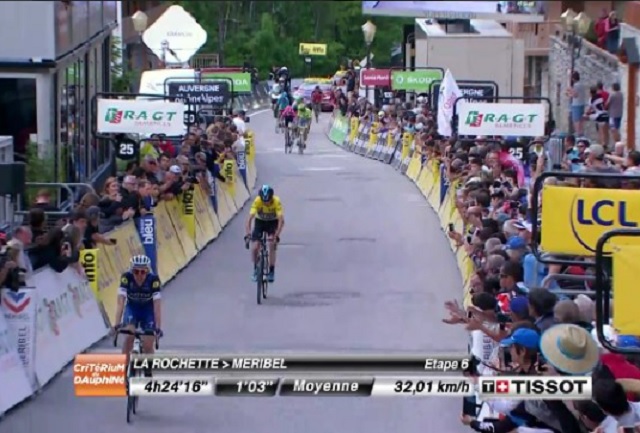 Dan Martin (Etixx-Quick Step) put in a great performance on the penultimate stage of the Critérium du Dauphiné today as he finished in third place, 1’04” down on stage winner Thibaut Pinot (FDJ).

Pinot won a tight sprint at Meribel, just edging out fellow Frenchman Romain Bardet (AG2R-La Mondiale) to win the Queen stage of the race. The pair had been part of a breakaway group that had formed on the Col de la Madeleine.

Team Sky’s Wout Poels, Sergio Henao and Mikel Landa worked behind to reduce the lead of this group as there was a very real danger that Bardet could take over the race lead from Chris Froome.

They reduced the gap to just over a minute on the final climb but were unable to haul back Bardet and Pinot. As the two fought out the stage win, Martin attacked from the group of leaders behind.

Sunday’s final stage is 151 kilometres from Le Pont de Claix near Grenoble to Superdevoluy and features six categorised climbs including the third category climb to the finish. 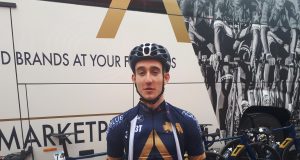