Dan Martin and Julian Alaphilippe are set to lead the Quick Step Floors team at Thursday’s Milano-Torino, the oldest of the Italian classic races and one of the oldest races in the world.

Ten days after sparking life into the Bergen World Championships with a big attack that brought him very close to victory, Alaphilippe returns to action in what will be his Milano-Torino debut, a race which teammate Daniel Martin will ride for the first time since 2013, when he placed 11th. Martin also rode well in Bergen, finishing in the front group. 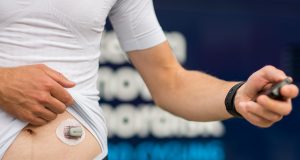