Damien Shaw (An Post-Chain Reaction) has bounced back from his early season injury in style today by winning the opening stage of the Tour du Loir et Cher e Provost (2.2).

Shaw crossed the line alone at the end of the 154.5-kilometre stage from Blois to Mont-Près-Chambord, finishing 4″ ahead of Thomas Rostollan (Equipe Cycliste Armée de Terre) with Joey van Rhee (Destil – Jo Piels Cycling Team) leading home a group of five riders a further 3″ down.

Rostollan attacked inside the final five kilometres with Shaw then bridging across to him. With three kilometres left, Shaw then went clear alone and hung on to take the win.

The main bunch finished 47″ behind. Shaw now leads overall by 6″ from Rostollan with Van Rhee 10″ down. The Irish rider also leads the points classification with An Post-Chain Reaction leading the team classification.

Shaw just returned to action earlier this month at the Visit Nenagh Classic following a crash in training that left him with a broken wrist and ribs.

“It’s a big surprise for me,” Shaw told directvelo afterwards. “I knew I was not going to win in the sprint so I had to break away. My Directeur Sportif had told me to be wary of Thomas Rostollan. He was very strong and I knew that we had to watch him in the final. It worked!”

An Post team manager, Kurt Bogaerts spoke of his delight at Shaw’s victory: “This is a massive win for Damien. It really is a terrific reflection of the hard work that he has put in over the last couple of months. It was a great team effort and I think Damien will take a lot from the win. It’s his first professional victory and I’m sure it will be the first of many.”

The race continues tomorrow with a 184-kilometre stage from La Ferté-Imbault to Vernoe-en-Sologne. 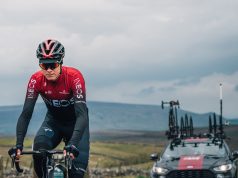 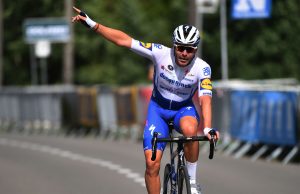 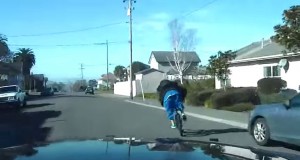