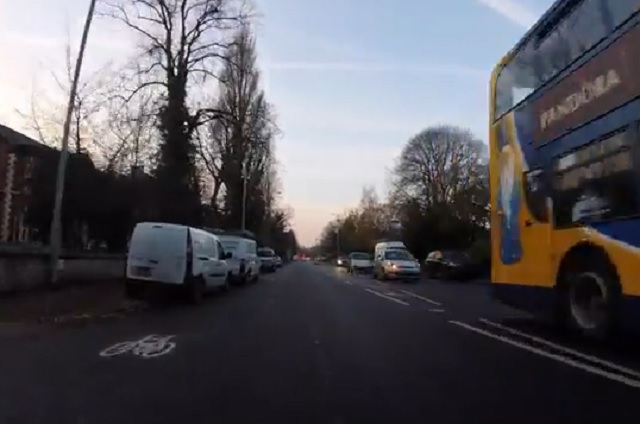 A cyclist in Manchester posted a video on YouTube earlier this week of a journey he takes to a nursery with his 18 month-old daughter in a bike trailer, highlighting the number of motorists parking in a bike lane, forcing him out of the lane.

The video was filmed at Palatine Road, in Withington where there is a cycle lane with a single yellow line, which means motorists are not allowed to park there between 8am and 9:30am or from 5pm to 6:30pm.

The video titled: “It is like this every day: Palatine Rd, Manchester” was posted by Sam Easterby-Smith who states: “There are single yellow lines on Palatine Road in Manchester. Everyone ignores them. This is an exhortation to Manchester City Council to do something about it.”

As he turns onto Palatine Road, the bike lane is clear as he comments: “Mandatory Cycle is clear like it’s supposed to be.”

After a few hundred metres, he encounters the first vehicle parked in the bike lane which he indicates is “a perfectly legit blue badge holder parked at the pinch point on the pavement.”

However shortly afterwards, numerous cars are parked in the bike lane which prompts Mr. Easterby-Smith to ask: “aren’t there some single yellow lines there?”

“They are forcing myself and my baby into the road,” Mr. Easterby-Smith told The Manchester Evening News. “I’m a confident cyclist but I don’t want to do that, and I shouldn’t have to.I should be able to breeze through the cycle lane.” 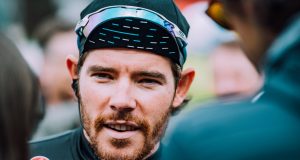 Luke Rowe set for a significant period off the bike after...