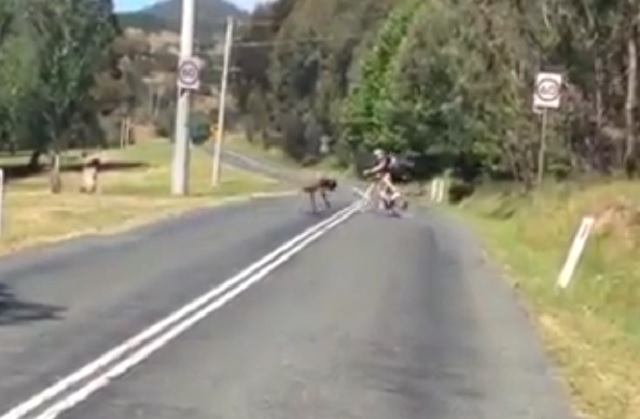 A cyclist in Australia has posted a video showing an emu chasing another cyclist near Canberra in ACT (Australian Capital Territory).

Chris Wilson posted the video on Facebook saying: “I think I’m used to magpies now, but getting ‘swooped’ by an emu is getting out of control.”

The incident took place on Paddys River Road, near the Cotter River to the west of the Australian capital Canberra.

Mr. Wilson managed to pass by a pair of emus before stopping to take a photo. One of the birds then chased Mr. Wilson who managed to get away before the emu reached him.

He then saw another cyclist approaching who also stopped to take a photo. Mr Wilson then took his phone out and recorded the emu chase the second cyclist.

“Can I just add, I don’t think this emu is a menace at all,” Mr. Wilson said. “I’ve seen emus in captivity, but it was a thrill to be able to see how this one reacted with its natural instincts.”

“I encroached on it’s territory to try and get a photo and it reacted like a celebrity getting hounded by the paparazzi. Fair enough too. You can safely watch these birds, just give them a respectful distance.” 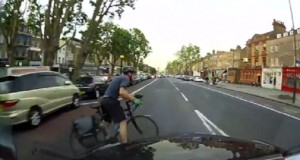 And this is why cyclists don’t ride on the very edge...