Final preparations are being made for the Cycling Ireland Irish National Road Championships in Derry supported by Derry City and Strabane and District Council this week and the three-day event begins on Thursday.

TIME TRIAL
On Thursday the best time triallists in Ireland will do battle on an out and back course designed by race organisers Foyle Cycling Club before attention turns to the 20km course laid out in and around Derry city centre for the road race action on Saturday and Sunday.

A total of 274 entries have been received for the five separate events across the three days of action.

Both elite time trial reigning champions Kelly Murphy and Ryan Mullen are back to defend their titles on the 41.48km course centred on Newtowncunningham in Donegal, 16km west of Derry City.

SENIOR WOMEN
In the women’s event, Murphy (Storey Racing) has honed her potential as a member of the Irish Team Pursuit on the track and is one of the strongest riders on the British time trial scene where she is based.

Ballymena RC’s Eileen Burns, the silver medallist last year, is back to try to repeat her 2017 title success as is the 2016 champion Anna Turvey (Drag2Zero) in a quality line up.

SENIOR MEN
In the men’s event, Ryan Mullen is gunning for a third consecutive title and a fourth win in five years and will take some beating following his fourth place in the European Games in Minsk this week. The Trek Segafredo World Tour professional is the warmest of favourites but he will have to be on his best form to fend off a number of pretenders.

Ulster’s Marcus Christie (PerformanceSBR) was third two years ago and runner-up to Mullen last year and will be fired up to complete his medal set on the power course.

Team Ineos star Eddie Dunbar is on flying form following his fifth place in La Route d’Occitainie in France last week and, having been second twice, will be hoping for his first senior elite gold medal.

U23 MEN
All three 2018 Under-23 medallists will be in action in Derry where Michael O’Loughlin (Team Wiggins) will be looking to confirm the form he displayed in finishing sixth in the European Games and make it a third successive gold medal. Conn McDunphy (CC Nogent-sur-Oise) and Xeno Young (Powerhouse Sport) are the leading challengers.

MASTERS WOMEN
There is a Masters category in the women’s event for the first time where Orla Hendon (Scott Orwell Wheelers) is among the riders pitching for gold.

The time trial gets under way at 6.01pm on Thursday with defending men’s elite champion Ryan Mullen due to be the final rider off at 7.51pm

The action switches to Derry City on Saturday when the road racing begins with the Men’s Junior Road Race which rolls out at 9.50am followed by the Women’s Senior Road race at 5.50pm.

SENIOR WOMEN – 29/06/19
RACE DEPART: 17.10
Eve McCrystal (STRATA3 VeloRevolution) is the defending champion and the Louth native is looking forward to a tough battle over 5 laps of the 20.3km circuit which brings the riders through the city centre each lap.

The twin assaults of Chapel Road in the city and the ‘Fincairnberg’ out in the rolling countryside south east of the city will take their toll by the finish and only the strongest will survive to race past the Guildhall, through the city gates and up to the finish line on Shipquay street.

Having contested last year’s World and European championship road races, Alice Sharpe has shown fine form on the road with the World Cycling Centre UCI-registered team and the Irish track pursuit team rider will relish the chance to improve on her bronze medal in 2018.

Lucy O’Donnell (O’Leary Stone Kanturk) battled Gillespie for the National Cyclo Cross title last winter and, having wrapped up the Intermediate League recently, is another sure to shine on the two-lap 41.58km event which starts at 7.50am.

Dunne performed with distinction at the recent Giro d’Italia as did Eddie Dunbar (Team Ineos), the latter finishing 22nd overall and third on a stage before managing a second place on a stage of La Route d’Occitanie last week. The hilly course will not hold any fears for the featherweight Cork climber.

Neither, too, will Sam Bennett (Bora Hansgrohe) be afraid of the route as he goes in search of a maiden senior title. Indeed the Carrick-on-Suir sprint superstar will likely enjoy the selective nature of the ‘parcours’ given his record of eight wins this season, seven of which have come at World Tour level.

The 2014 and 2017 title winner Ryan Mullen (Trek Segafredo) looks to be coming into time trial form at the perfect time and that world class power will be a big asset on Sunday.

Ranged against the big guns is a strong cohort of full-time foreign-based riders who have the form and desire to compete with the very best. Matt Teggart, Daire Feeley, Cormac McGeogh and Aaron Kearney will form a useful quartet for EvoPro Racing.

First year senior Ben Healy has been on fine form of late as has Team Wiggins team-mate Michael O’Loughlin while Rory Townsend took a useful third place against world tour opposition in a prestigious Belgian one-day race last weekend. He and Canyon DHB p/b Bloor Homes team mate Robbie McCarthy are sure to be in the thick of the action.

Last year’s silver medallist Darnell Moore (Team Caldwell Cycles) is back to see if he can go one better and other Ulster favourites include Marc Heaney (Asfra-Flanders) from Maghera who scored a second place finish in a Belgian Kermesse recently.

As well as being one of the top racers on the local scene, Shay Elliott Memorial winner Ronan Mc Laughlin (Team Dan Morrissey – McCarthy Insurance Group – Pactimo) is also the Chairman of the event organising club Foyle CC.

The Men’s Senior Road Race is due to roll out for eight laps and a total of 162.32km at 9.50am and will run until approximately 3pm.

The event will be filmed for a highlights TV programme to be shown on Eurosport after stage one of the Tour de France the following Saturday 6th July. 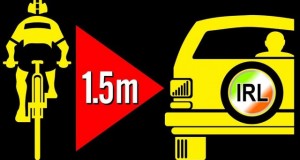