Cycling Ireland has announced a 14-strong squad to take part in the UEC Elite Track European Championships in Apeldoorn, which take place from the 16th to the 20th October. The Championships mark the start of the next phase of qualification for Tokyo 2020, providing valuable Olympic qualification points.

The team contains a mix of youth and experience and includes several World and European medallists. Lydia Boylan won silver in the Points Race at the 2019 Track World Championships and along with teammate Lydia Gurley, they won silver in the Madison at the 2018 Track European Championships. 23-year-old Mark Downey will be hoping to re-find the form that won him a bronze at the 2019 Track World Championships as he lines up in the Madison alongside Fintan Ryan.

2019 Junior Track World Championship bronze medallist, Lara Gillespie makes the step up to the senior level as does Xeno Young who won silver in the Individual Pursuit in 2017.

Commenting ahead of the Championships, Mark Downey said: “I am feeling good for the European Championships. I have prepared well with a long, steady build-up, so I am looking to start well at the Europeans. I’m more excited than anything to get going… I am going all-in for the Madison and hoping that with a positive result it can be our stepping stone towards a successful winter.”

“It’s going to be a busy year with Olympic Qualification on the line, but I am hopeful the whole team can bring the same positive attitude we had at the World Championships back in February and deliver in all of our events.”

Cycling Ireland Head Coach, Brian Nugent said: “The Track European Championships kicks off the final phase of our Olympic Qualification Campaign. The squad has worked hard over the summer to ensure they are ready for this crucial qualification period over the winter months. We have brought a large squad to the European Championships as it is a big opportunity and very important that we are ready to compete at the highest level.”

“We have made massive gains over the summer period, I am sure other Nations will have done the same, but we are focused on ourselves and how we can be better. We hope to see the benefit of the work done in our performances on the track throughout the week.” 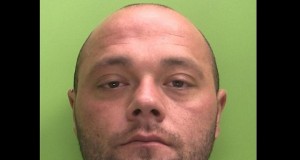 Motorist who deliberately crashed into cyclist pleads guilty to murder