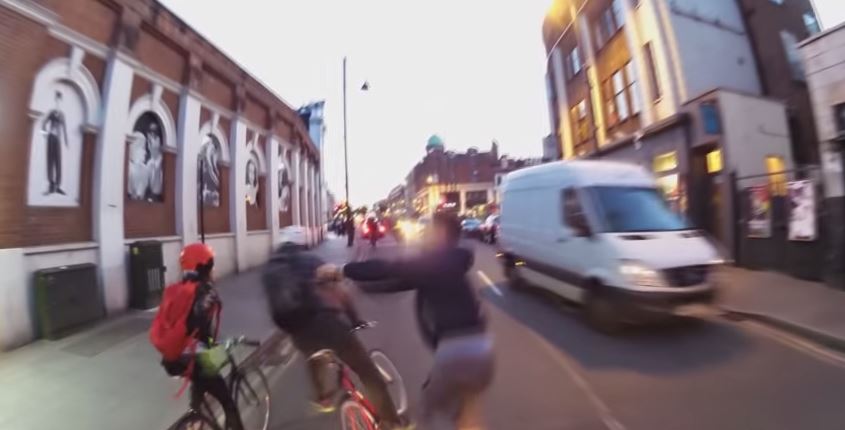 This shocking footage shows a man running from behind the couple who were cycling on the road and the man then pushing the male cyclist off his bike and causing his girlfriend to crash.

The incident occurred after an altercation outside a bar which the attacker claimed to own. The cyclist claims the man was was harassing his girlfriend and that he “Tried to talk to her and touch her. She left and went inside the pub. He left the restaurant and followed her First just outside the pub, then went Inside looking for her… Apparently he couldn’t find her so.. He waited outside.”

When the girl came out of the bar her boyfriend told the man to leave her alone and there was some pushing and more words before the couple got their bikes and left. Thankfully another cyclist passing by had both front and rear cameras mounted on the bike and captured both views of the attack. On the rear camera you can see the man sprinting up the road from behind and the front camera than captures him pushing the cyclist of the bike.

At the end of the video you can see police on the beat arrive and take hold of the attacker who claimed “he was punched on the faced many times by the cyclist, he recently had a heart attack and he feared for his life. He only came after him, because he didn’t want him to get away with that.” 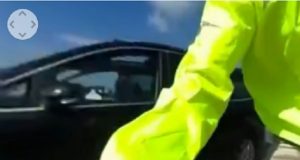 New series of 360º videos look at dangerous driving from a...