The An Post Chain Reaction team will be in action today in Belgium for the one-day race Kampioenschap van Vlaanderen (1.1). The race itself will take place in Koolscamp in West Flanders and span a gruelling 192km, part of which will be tough terrain where the riders will have to navigate some tricky cobbled climbs.

Meurisse, in particular, will be looking to keep his momentum going having put in some of the best rides of his career last week at the Tour of Britain.

An Post team manager Kurt Bogaerts is hopeful that the Belgian can put in a good ride. “Xandro had his best ride of the season last week and I’m hoping he’ll be able to keep up his great form,” said Bogaerts.

“He has been training extremely hard the past few weeks and we’re starting to see the fruits of his labour. Hopefully he has a good ride tomorrow and we’ll see him on the podium.” 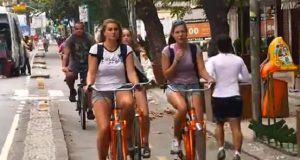