Team Sky have announced that team leader Chris Froome will be extending his contract with the team until the end of 2018. According to various sources, the deal is understood to be worth more than £4 million a year which would make him the highest paid rider in the sport.

Team Principal Dave Brailsford said: “Chris is not only one of the most talented and dedicated riders in the world, he is also a fantastic ambassador for the sport.”

“Team Sky is proud to have him as our team leader. He is a winner and it is a great boost at the start of the new season that he has committed to stay with the Team to the end of 2018. He is hungry for more success and we will help him achieve it.”

On the extension of his deal Chris Froome said: “Team Sky have been fundamental to my success to date, so it was a very easy decision to commit to the Team until the end of 2018.”

“Their values are my values and I am proud to ride for a team that has shown that you can win the biggest bike races in the world clean. 2015 was a fantastic year for me both professional and personally and this is a great kick start to 2016. I am more motivated than I have ever been and I have got big targets for this Olympic year. I can’t wait to start racing.” 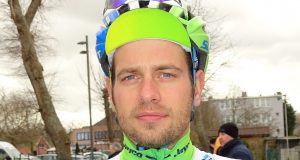