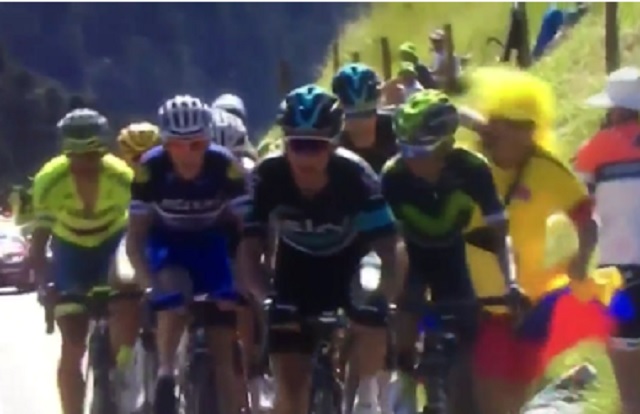 The Tour de France organisers have in the past year requested spectators at the race to behave and not run alongside riders. However, it seems that their calls are being ignored by some. Chris Froome showed today the frustration that riders can feel from these spectators and lashed out at one on the Col de Peyresourde.

Froome (Team Sky) took the victory on today’s eighth stage of the Tour de France and in addition also moved into the yellow jersey. He attacked at the top of the final climb – the Col de Peyresoude, and stayed clear to win alone in Bagnères-de-Luchon.

On the climb of the Peyresourde though, Froome could be seen throwing a punch at a man who appeared to be carrying a Colombian flag.

Don't mess with #Froome on his way to the TOP! #TourdeFrance #Punch pic.twitter.com/BLChXvnsHO 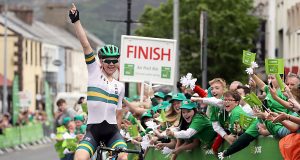