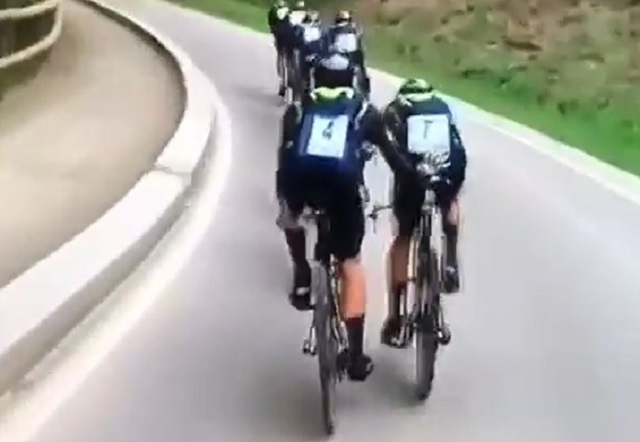 Movistar won today’s team time-trial at the Volta a Catalunya, just edging out BMC Racing at the end of the 41.3-kilometre test at Banyoles. The Spanish outfit beat their nearest rivals by just 2″.

However, there was some controvery afterwards with a number of BMC riders accusing Movistar of breaking the rules. Tejay van Garderen tweeted afterwards: “Pushing riders in a TTT is not allowed. C’mon Movistar!!!!”. He then posted a short clip from Movistar’s ride today saying “Not Allowed”. It was in reference to one of the Movistar team giving his team mate a push.

José Joaquín Rojas who is at the back of the line of riders can be seen giving his Portuguese team-mate Nelson Oliveira a push, and Oliveira then moves into position just ahead of Rojas. 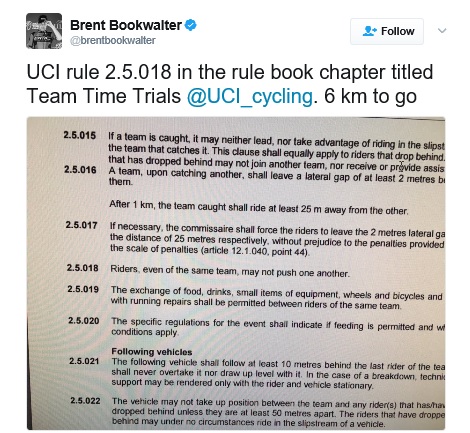 Bookwalter also highlights that Rojas who was providing pushes was not one of the team’s protected riders stating: “1 of multiple occurrences. The hardest part of TTT is getting in line after pull. Coincidence having non GC teammate sitting on doing this?”

Rojas was subsequently penalised by the race jury and docked three minutes for pushing. Rojas had crossed the line first for the Movistar team, therefore taking over the lead in GC. However, the race leader’s jersey will now be worn by Alejandro Valverde instead. 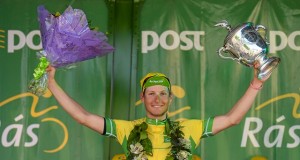