In 1981, Bernard Hinault took his one and only victory in Paris-Roubaix, outsprinting a number of the big favourites on the velodrome in Roubaix and becoming the first French winner of the country’s biggest one-day race in 25 years.

Prior to the race, Hinault and his Renault team-mates had been seen on their team bus watching a video on the way to the start of the race in Compiègne.

“On the bus, we watched a video,” Hinault explained in the book ‘Day of Glory or Day of Pain’ by Laurent Watiez. “It was a little, let’s say, peculiar. We watched it so long, it nearly made us late. Just before the start, some journalists asked us what we were watching. “Oh, just the finish of last year’s race, how it unfolded, looking at technique and tactics. You know, stuff like that.”

It rained that day which would result in an extremely difficult day on the cobbles. In fact, Hinault fell seven times. At one stage, he had to run through a field to avoid a motorbike which had crashed in front of him. With 13 kilometres remaining, a small black dog (called Gruson) ran out in front of Hinault taking him down again.

The Badger remounted and enraged, set off in pursuit of the small lead group he had been part of. Coming into the velodrome at Roubaix, the race was between a group containing some really strong riders.

Apart from Hinault, there were three previous winners in the group – Moser, Roger de Vlaeminck and Marc Demeyer. Between the three riders, they had won the previous seven editions of the race.

Moser was aiming for an unprecedented fourth consecutive victory and de Vlaeminck was hoping to become the first rider to win the race five times. Guido van Calster and Hennie Kuiper were the other two riders in the group.

With over a lap of the track remaining, Hinault started winding up his big gear. Demeyer did go past the Breton for a few seconds before Hinault retook the lead. Coming out of the last bend, it looked like de Vlaeminck might come around him, but Hinault held on.

The Breton would later explain what the team had been watching on video before the race. 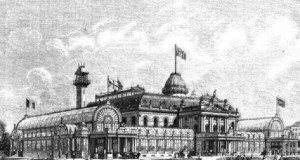 Remembering the Six-Day Race of Dublin