This weekend Aqua Blue Sport will take to the line for the start of Tour de Suisse. It offers the Irish team another opportunity in a big event in the team’s first season which has already seen them compete at big races such as Liege Bastogne Liege and Fleche Wallonne.

For many riders it will be a final preparation ahead of the Tour De France but for Aqua Blue Sport it will be a target for the team to strike for stage victories and a high placing on GC. The team has selected a group of nine riders perfectly suited to seizing opportunities on the varied terrain of the Tour de Suisse.

Mark Christian and Larry Warbasse have just come from strong GC performances at Baloise Tour Belgium and Tour of Norway. Warbasse recorded a top ten in Tour of Norway while Christian had a strong performance and was destined for a big result on a mini Liege Bastogne Liege stage in Belgium. His opportunity was stolen by bad luck but he carries good form from that five-day stage race.

Strong men Aaron Gate, Michel Kreder and Lasse Norman Hansen, Lars Petter Nordhaug have all had strong recent performances in races. Hansen and Gate have shown good form in Belgium while Hansen rode strongly in the individual Time Trial and also competed for a GC placing. Gate, who has taken silver at the track World Championships has shown his power and will be a critical support for Kreder while also hunting for solo wins. Nordhaug returned from illness recently but showed his form during Tour of Norway.

Our resident giant Conor Dunne has performed strongly and has slotted into the traditional swashbuckling role of long-distance breakaway specialist. Dan Pearson has displayed his talent for climbing already this year and Tour de Suisse’s difficult mountainous route will be a great opportunity for the young Welsh climber to show his class.

The nine day race will start in the town of Cham, located south of the city of Zurich. There will be a prologue stage race and already by Stage two the climbs begin. There are three mountain top finishes and all stages have plenty of opportunities for the eight-man team.

Team owner Rick Delaney said: “The stated goal of the team has always been to win on and off the bike. It has been a long journey since the team first clicked in to their pedals for the start of the season in Australia. But that voyage has been one of excitement and adventure.

“We have competed in some of the biggest and most prestigious races and we are honoured that the Tour de Suisse organisers have considered us worthy of the inclusion in their great event. I am excited and looking forward to seeing the Aqua Blue Sport colours on the roads of Switzerland.” 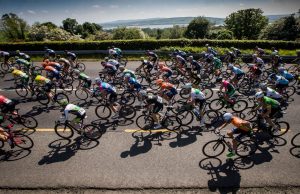 TBCF - Apr 3, 2020
0
Following the recent developments and recommendations from Cycling Ireland, the UCI, the HSE, Sport Ireland and the Government of Ireland, Cáirde Rás Tailteann has... 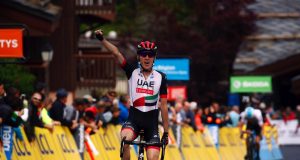