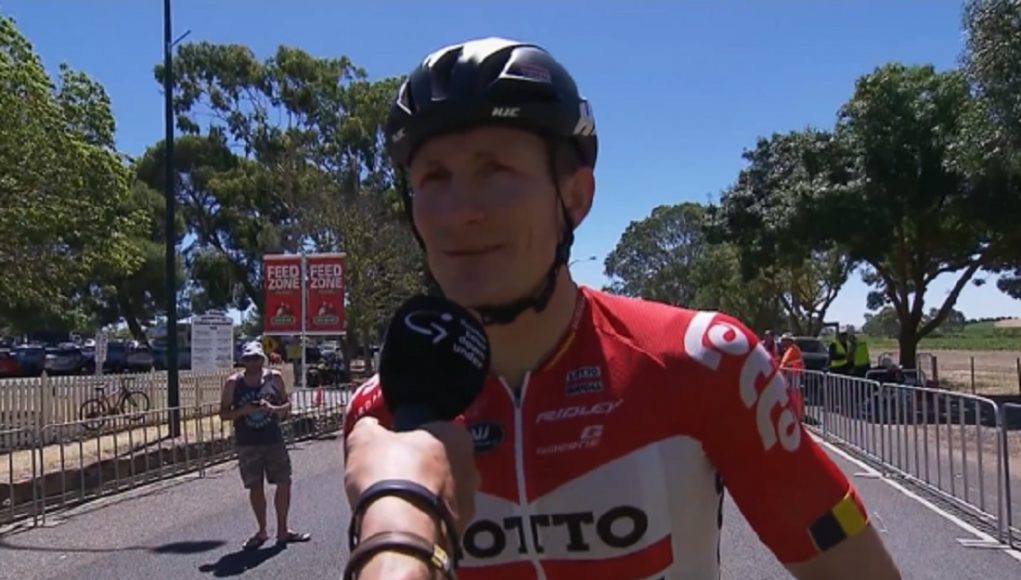 André Greipel (Lotto Soudal) has won the opening stage at the Santos Tour Down Under, the first WorldTour race of the year which was his seventeenth stage win in the Australian stage race.

With temperatures above 30°C, the riders took it easy for the first two hours with the sprint teams controlling the gap.

Clarke was the last to stay out front, getting caught with eight kilometres to go which set the stage up for a bunch sprint. Jens Debusschere dropped off Greipel perfectly for the sprint and the German beat Caleb Ewan (Mitchelton-Scott) and World Champion Peter Sagan (Bora-Hansgrohe) with Elia Viviani (Quick Step Floors) getting fourth. Thanks to his stage win, Greipel is the first overall leader of the race.

André Greipel: “I am very happy with this victory. This was the first official UCI race of the year and the first WorldTour race too. That I take the win here, feels really great. Not all top sprinters are here, but I do beat guys like Ewan, Sagan and Viviani.”

“Jens Debusschere dropped me off with 350 metres to go, in the last corner. Instinctively I chose a wheel and that turned out to be the perfect position to start the sprint. I got out of the wheel of Caleb Ewan pretty smoothly and won quite easily. It’s wonderful for the team and me to start 2018 with a victory. I’m also very happy with today’s power data.”

“In the past I often set good results at Tour Down Under and that was the start of a good season; I hope that is the case this year too. I was disappointed after my second place at People’s Choice Classic, but on the other hand it also gave me the feeling that it would be possible to win a stage this week. Tomorrow the stage finishes in Stirling where I got second in 2011. With riders such as Ulissi and Sagan it won’t be easy to set a high result though, but never say ‘never’.” 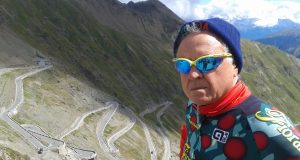 48 Hairpin Bends by Night – A film about descending the...