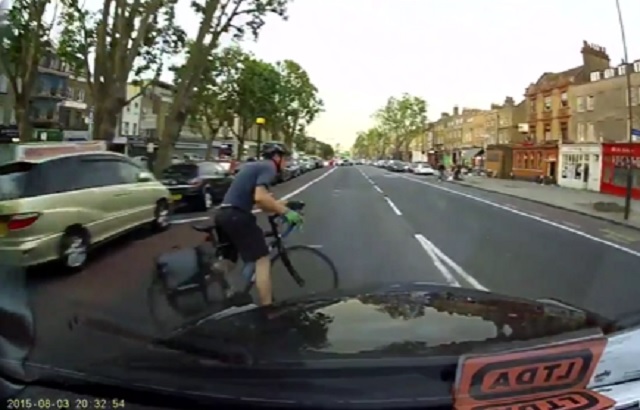 One common complaint that cyclists hear from motorists is that they always ride “in the middle of the road.”

Well, this video shows the dangers of sticking to the side of the road and not giving yourself some space, and the ever-present danger of getting doored.

As the cyclist travels along a bus lane, the driver of a parked car opens his door in front of the cyclist. The cyclist appears to clip the car door and swerves out in front of a car behind.

He’s hit by the car behind but despite his fall, he seems to escape any serious injury. This could have been easily avoided if the driver of the parked car had just looked to see that there were no cyclists approaching before opening his door.

Compulsory viewing for every driver who moans loud and long about cyclists "in the middle of the road" – this is why pic.twitter.com/7FtJpYgdSL

What stops ordinary people from cycling?