An Post Rás Race Director, Tony Campbell has taken measures to ensure that all Irish competitors in this year’s race will be of sufficiently high standard, saying that he has reached an agreement with Cycling Ireland over the matter.

“Last year A3 and A4 riders were upgrading to A2 in order to ride the Rás, but hadn’t shown themselves in races,” he states. “They simply were not of the necessary standard.

“We want to stop that this year. I’ve spoke to Cycling Ireland about it and they have agreed that no rider will be able to walk into the office and request an upgrade in order to satisfy the requirements to get into the Rás.”

Campbell previously introduced a rule that all Irish riders lining out in the event must be either categorised as A1 or A2.

However some of those who competed last year circumvented this rule by requesting an upgrade even though they didn’t have the necessary points. This will no longer be possible, ensuring that those on the start line in May will have had to have fully earned the right to be there.

“Guys will not get into the Rás unless they earn the points to be capable of riding around it,” he warns.

“Between here and the end of March, they have to be riding races, competing in them and collecting points.”

An Post Rás is unique in that it is one of the few international UCI races to allow amateurs to take part. Held over eight days, it features an international peloton that includes professional riders, and is the toughest race on the Irish calendar.

Campbell underlines that county riders remain an important part of the race and are valued. He wants there to be an ongoing county rider presence, but says the work needs to be done to ensure they reach the start line with the necessary physical condition.

“With the rolling road closures, the police simply cannot cover bunches 25 minutes down the road”

This year’s race will run between May 22nd and 29th. The route will be announced in February, with the identities of the international teams to be revealed after that. 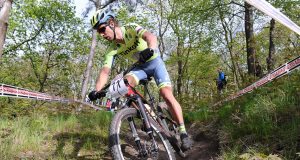