Adam Hansen will start the Vuelta a España after all, which will be his nineteenth Grand Tour in a row. The Australian had initially not been selected by Lotto-Soudal, but this late change will allow him to continue with his record-breaking run of Grand Tour participations.

Hansen will replace Rafael Valls who broke his hip on a training ride, which brings the Spanish rider’s 2017 season to an end and he will soon undergo surgery.

Hansen had originally been omitted from the Lotto-Soudal line as he suffered from a saddle sore at the Tour de France and there were fears that it might cause problems at the Vuelta. He has completed an incredible eighteen consecutive Grand Tours. His run goes all the way back to the 2011 Vuelta and since then, he has taken stage wins in both the Giro d’Italia in 2013 and the Vuelta in 2014.

Valls’ injury adds to Lotto-Soudals woes, as neither Jürgen Roelandts nor Frederik Frison, will race this season and Louis Vervaeke is still recovering from over fatigue. 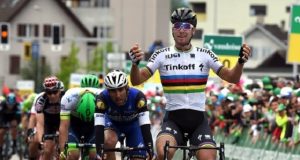