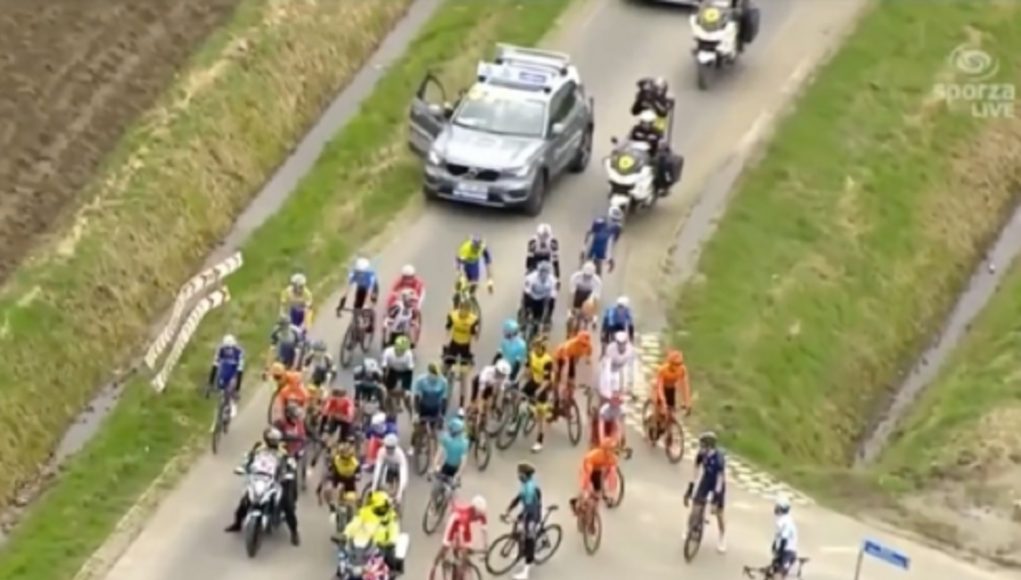 Thirty five riders were disqualified from Scheldeprijs (1.HC) today after they continued under a barrier at a level crossing as it was lowering.

The incident happened at Krabbendijke near the Dutch-Belgian border when the race had split into a number of echelons in cross winds. Amongst the riders who continued despite the red light at the crossing and the lowering barrier were two of the pre-race favourites, Arnaud Démare (Groupama-FDJ) and Dylan Groenewegen (LottoNL-Jumbo).

The riders were subsequently informed of the decision to disqualify them by a race commissaire on a motorbike. Each rider was also fined 100 CHF.

The race was won by 21-year-old Fabio Jakobsen (Quick-Step Floors) ahead of Pascal Ackermann (Bora–Hansgrohe) with Chris Lawless (Team Sky) in third.

Peter Sagan and his wife Katarina announce birth of son