One hundred years ago this month, the winner of the 1910 Tour de France Octave Lapize, was killed in action in the First World War.

Not only did Lapize win the Tour, he also won Paris-Roubaix on three consecutive occasions, in addition to Paris-Brussels and Paris-Tours amongst other races.

When war broke out in 1914 Lapize signed up to fight within two weeks of the start of hostilities, and was assigned to the Nineteenth Squadron of the Army Service Corps, automobile division.

The following year, he he requested a transfer to the air force and trained as a pilot. Below is an excerpt from The Shattered Peloton which describes the tragic death of Lapize at the age of just 29.

On June 28, 1917, Lapize shot down his first German plane. Two weeks later all flights from Toul were suspended due to inclement weather. Because of the enforced time off, he took the opportunity to cycle twenty kilometres to see some friends from the N77 squadron. Despite being in combat, Lapize made use of every chance to get out training on his bike and keep in shape.

One of his friends later described the encounter:

He was really happy as he told us about how he had shot down his first Hun. He really had shot down a plane but, unfortunately, because of the altitude, the wind had taken it back behind the lines by the time it fell, too far away to be an official kill. But the champion wasn’t put out, and told us it wouldn’t be long before he brought down another one inside our lines. He left us in the evening, full of beans, and our last sight of old Lapize was of a figure bent over his handlebars as he sped up the hill with no apparent effort, and disappeared over the top.

Two days later, on Bastille Day, July 14, 1917, Lapize took off in his Nieuport XXIII, which bore the number 4—the same number that he had worn in his winning Tour de France. 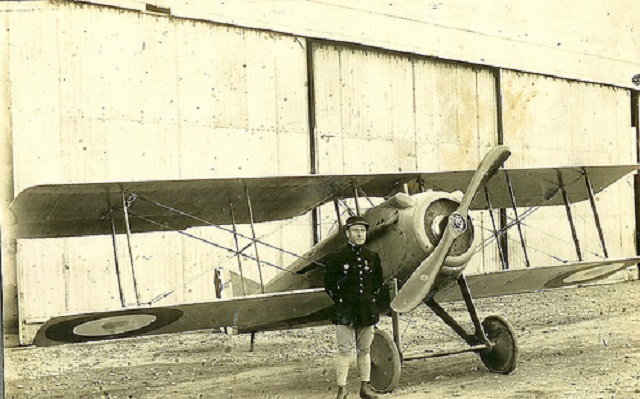 He came across a German aircraft above the woods at Mort-Mare in the commune of Flirey to the southeast of Verdun. A witness saw the battle take place at approximately forty-five hundred meters, and saw Lapize’s plane being hit by the German’s.

His plane went into a tailspin, crashing eight kilometers from the front line. He was taken to the GAMA military hospital in Toul with severe injuries; he died there several days later. He was initially buried at the military cemetery in Toul three days afterward, where his father just managed to get there in time for the funeral.

Lapize’s family later requested that his remains be transferred to the cemetery in Villiers-sur-Marne; he was reburied there in November of that year. He still jointly holds the record for most consecutive wins in Paris–Roubaix, along with Italian Francesco Moser. He was only twenty-nine years old at his death. Like many of his contemporaries, he would undoubtedly have gone on to add many other wins to his palmarès. 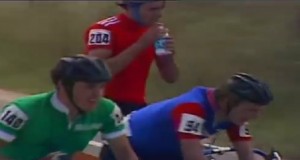